The New Theory of Flight (see video introduction) presented on The Secret of Flight explains the miracle of the flight of birds and airplanes. Since birds have no engines they have to somehow generate forward thrust to overcome drag: In gliding flight forward thus is generated by descent (which can be compensated by rising air) and in flapping flight by tilting the wing in downstroke so as to get a forward component from lift as illustrated in the following picture:

A good glider like an eagle with a lift to drag ratio of 20, can glide 20 meters at the loss of 1 meter in altitude (in still air). Browse the web in the new light of the New Theory:

Then take a look at the upcoming book The Secret of Flight offering a description of the miracle of generation of large lift and small drag of a wing, which is both physically correct and understandable on a basis of standard calculus. You will find that the book opens new perspectives on flight in general and new computational tools for simulation. 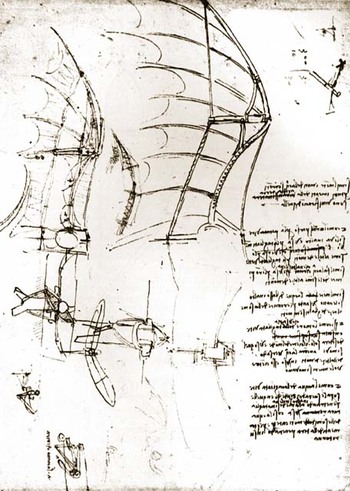