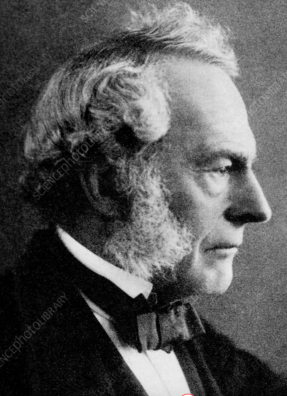 Bluff body flow beyond the drag crisis can be computed with a slip boundary condition on a smooth solid wall representing vanishingly small skin friction, combined with zero relative normal velocity expressing non-penetration of fluid into the wall.

Slip is an important element in the generation of lift by suction on the upper surface of a wing, and also for separation at the trailing edge without pressure rise.

It was understood by Stokes as a mathematician that a force boundary condition is physical while no-slip is not, since it is possible to impose forces on a fluid but impossible to control velocities of individual fluid particles. See p. 98 Mathematical and Physical Papers Vol 1 by George Gabriel Stokes.

Nevertheless, when Prandtl as a young ambitious fluid mechanician in a short 1904 article took up the challenge of making practical use of the Navier-Stokes equations, he got hooked by the no-slip condition, which came along with thin boundary layers connecting free flow velocity to zero velocity on a wall. No-slip was most essential to Prandtl because he used it to discriminate potential flow with slip and thus gave the impression of handling the ticking bomb of d’Alembert’s paradox. The relief in the fluids community was so big that (in the 1920s with the help his student von Karman into US) he was elevated him to Father of Modern Fluid Mechanics.

Thus no-slip and boundary layers became the Prandtl dogma of modern fluid mechanics, but it had the devastating consequence of making CFD impossible by asking for computational resolution of very thin boundary layers.

Returning to Euler with slip and Stokes with skin friction force boundary condition, makes CFD possible in the form of DFS.

The basic idea in Prandtl’s 1904 article on Navier-Stokes equations with very small viscosity, was to separate the flow into essentially inviscid flow away from the boundary and viscid flow in no-slip boundary layers. Prandtl then missed the possibility of a slip/small friction boundary condition without boundary layers, now resurrected by DFS as the light in a long dark tunnel of CFD impossibilities. No-slip came from an unfortunate slip of the mind of the young Prandtl.

It is ironic that it was Prandtl as a fluid mechanician who insisted on the unphysical no-slip velocity boundary condition, not Stokes as a mathematician who well understood that physics would ask for a skin friction force boundary condition as a mathematical condition complementing the Navier-Stokes equations. This illustrates the danger of misunderstanding mathematics into believing that just because in a computer code it easy to prescribe no-slip, it is also physically possible. Stokes could not make such a mistake.

Nevertheless, when Prandtl as a fluid mechanician took on the  who in his 1904 article introducing the concept of boundary layer came to focus on a no-slip boundary condition imposing both normal and tangential velocity to be zero relative to the wall.